I respect the divine domains of other Gods and, thus, I have no perpetual enmity or feud with other Gods. However, I keep in mind the principle of the balance of power and when Gods encroach each other’s domains or threaten to harm the mortal world, I do make alliances to avert any danger.

Amongst these alliances are three important ones, my alliance with Zeus, the Ruling Olympian, Prometheus, the Father of Mankind, and Nereus, the Old Man of the Sea.

Zeus counted on me as his 'wing-woman' and divine charioteer in the battles against the Titans, the Giants and the mighty Typhon and my presence in these violent affairs ensured that the Olympian God was victorious. These foes, on the whole, were bickering and uncouth fools bend on destroying the mortal world and stifling a new generation of Gods.

Zeus, on the other hand, saved his siblings from his father Kronos’ stomach, promised the mortal world a degree of order and preservation, and in time he fathered a generation of progressive and creative Gods, such as Eileithyia, goddess of Childbirth and the prophetic Apollo, god of the Arts.

Typhon vowed to wreak havoc to the Gods and mortals in a perpetual storm and all, save Zeus and myself, took flight when his smoky shoulders came into view. I urged Zeus into battle with my winged words and stood guard as Zeus fought his greatest victory and extinguished Typhon’s fiery eyes under the weight of a mountain.

Prometheus, the god of Forethought, and I formed an alliance predicated upon our mutual affection for the mortal world, your world. Most gods don't care a great deal about men and women but Prometheus is different since he crafted mortals out of clay.

Prometheus made a habit of challenging Zeus over his treatment of the mortal world. Zeus preserved the general order of the mortal world but did not ensure that individual species would survive and many, like the dinosaurs before, did not survive. On the other hand, Prometheus pursued the Principle of Progression, also known as Forethought, which included things such as the evolutionary process. Loathing what he saw as Prometheus’ meddling in a system that he was preserving, Zeus punished Prometheus and his creations, in particular the human beings, who stand as the pinnacle of the mortal world. However, Athena and I secretly supported Prometheus’ dissention and helped him with his progressive agenda.

The gentle and righteous Nereus, the Old Man of the Sea, always did his best to protect seafarers from the capricious Poseidon. Since I have a strong association with both military and non-military seafarers who understood that each landing was Victory against the ruthless sea, our alliance should come as no surprise. Visiting the Old Man is always a pleasure and, along with his wife and children, he is the most magnificent host at his magical underwater kingdom and his soirees are legendary.

As for Poseidon, who presides over the Sea, he is a temperamental attention seeker who not only stirs up the sea but also stirs up the ire of Athena. From the time of her birth to the naming contest of the great city of Athens and long after, Poseidon seems to have a personal mission to irritate my sister and to underline his fallow mind to the Pantheon. Poseidon is the nearest I have to an enemy but he is too laughable for that.

However Pallas’ lustful indiscretion with Metis, his sister-in-law, was not laughable and it seriously tested our father-daughter relationship, which was repaired with the help of my mother.

Oileis, my mother, brooked her emotions and explained that she married a spear holder knowing that he need also be a spear thrower, that a different destiny awaited me, that the goddess born from the affair was my sister and that she may also become my best friend. My mother always fills me with hope.

As best friends and secret sisters, Athena and I revel in each other’s company and it is no exaggeration to say that we are inseparable. It is different to the relationship I have with my other siblings; Zelos, Kratos and Bia and I are very close to each other but we give the appearance to the contrary because, as Zeus’ principal allies, we are under the constant glare and scrutiny of the Gods. However, in our private moments these siblings and I are warm and bountiful to one other, just as we were in our childhood.

Apollo, the god of the Arts, Hermes, the Messenger god, and little Eros, the god of Eroticism, are my well-wishers and they often follow me on my duties and participate in the victory celebrations that I spark – dancing, music, fun, playfulness – and spreading the song that Victory is won. 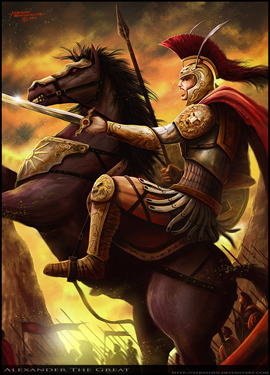