Nike and her Appearance

Like all Gods born of Gaia, Mother Earth, I have the ability to change my appearance at will. Unlike other Gods, I never utilise this power to disguise myself. However, people's view of me may alter according to their perception.

The common perception of me is that of a strongly-built young female with fanning wings, who retains the gracefulness of movement and balance that is exhibited by a ballerina.

My dresses vary according to the events, ceremonies and festivals I attend. This said, my daily wear is either a flowing dress, called a peplos, or a white tunic, called a chiton, that contrasts with my honey blushed skin. The draping lines of the dress or tunic are gathered by a green band sashed at my waist and I wear a belt below my breasts to accentuate my curves. Sometimes I wear a mantle, called a himaton, over my shoulders and loose at the hips. I wear a banded tiara of gold and green on my head and my feet are adorned with distinctive golden sandals. In motion, I am said to appear as a dazzle of gold and white light as I fly through the air with my wings spread.

I am also found with many items of ritual significance, for example: an olive branch, wreath or crown called a kotinos; a palm branch; musical instruments, such as a lyre and reeded flute; a vessel called a phial; a bowl for libations called an oinochoe; an incense burner called a thymiaterion; and other symbolic items such as Kronos' horn, Hermes' staff and Athena's Torch of Enlightenment. I do use all of these items from time to time but more often than not I carry nothing but my small, sharp, shining blade bestowed on me by my father Pallas. 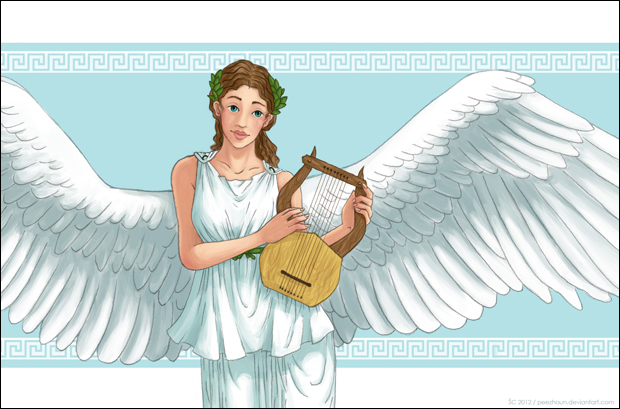 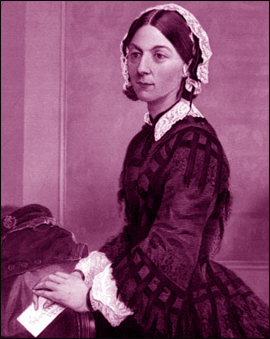