COMMENTHailstones, Horsepower and Hope The Nicole and Lewis Story

The plot is as follows:

Silverstone 2006. A fresh-faced Lewis Hamilton embarassingly spun into the gravel trap at the low-speed Luffields corner in his first ever test session in a Formula One car. He shyly waved to the crowd, which responded by surging forward and offering their good cheer. Incognito, the Goddess peered through the clouds and gave the young charge sound advice: 'Know thyself Champion, honour the Olympian'.

Fast forward to Interlagos, October 2007. Leading the Championship into the last race of his rookie season Lewis encountered terrible problems with 'Charlie', his Silver Arrow car. When the car managed to switch itself off during the race, only to switch itself back on, Lewis knew the 2007 Formula One World Championship had slipped from his grasp.

The season, with its pole positions and polemics, took its toil on Lewis and he was deeply disheartened. There was only one cure for that heart and he met her a month after that race: Nicole Scherzinger, the Pussycat Doll, master singer, talented songwriter, and a woman who had a heart for him.

Nicole revved Lewis up and kept him in top gear throughout the 2008 Formula One World Championship.

What is 'After Six'? In normal talk, 'After Six' refers to either the time of day or to the number Seven. In motor-racing and most competitive sports, if you are in Sixth position, 'After Six' is the position Five.

Five days after the commercial was released, Lewis qualified Fifth and had to finish Fifth in the final race of the season to win the 2008 Formula One World Championship at Interlagos, the very same track his title hopes died the previous year. At the very beginning of the ITV-UK coverage, the commentator Mark Blundell reported that, 'The clouds are coming in, the wind is picking up, we just had a crackle of thunder, and its almost like this race is in the hands of the Gods'.

Coming into the last corner of the last lap, Lewis found himself in a desperate Sixth position on the rain-drenched Brazilian circuit. We join Lewis on the last lap:

Nicole who prayed for Lewis during the entire race, had this to say in the following days:

'Good times call for thanks, gratitude and celebrations'. Indeed, the celebrations continued because ten days later, after a year of struggle, the movie 'Slumdog Millionaire' was finally released. It met with a lukewarm response and the movie executives understood that to propel the movie to dizzy heights they would need to collaborate with a megastar of global appeal: Enter Nicole.

Named after Nike, the Goddess of Victory, and still celebrating her beau's success, Nicole was at an all time high and when she was offered the opportunity to collaborate on the movie's anthem song written by the gifted Gulzar and A.R. Rahman, she did not hesistate. With Nicole's creativity and energetic performances of the anthem, titled 'Jai Ho' ('जय हो') that means 'Be Victorious' in Hindi, the underdog movie soon prevailed and became a worldwide box office smash, winning eight Academy Awards and a host of other prestigious accolades along the way.

And with this story, and the news that Nicole and Lewis are back together, the Goddess wishes you 'Jai Ho!'

'And so you touch this limit, something happens and you suddenly can go a little bit further. With your mind power, your determination, your instinct, and the experience as well, you can fly very high' - Ayrton Senna

This article contains a creative intepretation of facts. The copyright for the media in this article is retained by their respective owners and appear here under non-commercial, educative fair usage.
Nicole Scherzinger Lewis Hamilton Formula One World Champion
Share This

For the 'After Six' commercial.

For coverage of the 2008 Brazilian Formula One Grand Prix.

For her personal video on the Pussycat Dolls Youtube Channel.

For the 'Jai Ho' music video on Youtube VEVO. 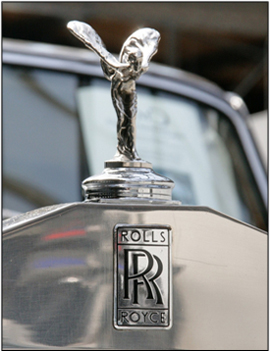