Two of the most important events of my life take place on Eygptian soil. Here I have selected some notes from Book III concerning the first of those events, the Titanomachy, and how it led to the creation of the great river that flows through Egypt.

‘Fathered in fight
Mothered in might
Child of the heights
Go forth, Go forth’

Africa, the favoured roaming ground of the golden generation of mortals, was a place of serenity. However, the Titans, under the leadership of Kronos, despised this idylic state of affairs and began to mistreat the inhabitants.

Kronos also mistreated his children. When the youngest of his children, Zeus, came of age, he vowed to overthrow his father’s rule. Gathering his allies at Mount Olympos, Zeus launched an almighty attack on Kronos and the Titans that took place across the world; the war known as the Titanomachy.

The final battlefield was in Africa, a largely flat-surfaced continent. However the topography was radically altered during the Titanomachy. The hundred-handed giants, known as the Hekatonkheires, threw mountains at their Titanic foes and this greatly disfigured the land. Then the tribe of the heavy-footed Giants further shaped the landscape creating what is now known as ‘the Great Rift Valley’ - an apt term because it alludes to both the tectonic structure of the area as well as the story of the great rift between the Elder Gods and the New Gods.

Zeus, furnished with thunderbolts fashioned by the one-eyed Cyclopes, mastered the clouds and rained lightning and thunder upon his Titanic foes that sent them scampering in shock into the dark abyss of Tartaros. These heavy climatic conditions created the precipitation that formed into the many lakes of Africa, including the two chief sources of the great river ‘Nile’; Lake Tana [Lake Dembia, as the ancients called it] and Lake Victoria [Lake Nilos, as the ancients called it].

The Olympians emerged triumphant from the battle and thus the war; an outcome that owed much to the endeavour of Zeus’ staunchest ally in the Titanomachy:

Homeward-bound to Mount Olympos and as he flew by the newly created lakes, Zeus named the lakes so that they would serve to remind gods and mortals of the great victory and as a warning against rebellion.

Lake Nilos [now named Lake Victoria] was named after a golden age mortal who considered himself the ‘son’ of Kronos, the defeated Titan. Kneeling on the lakeshore with Kronos’ horn to his mouth, Nilos blew so mightily that it created ‘titanic’ waves that burst the banks of the lake and created a north-flowing river.

Lake Nilos had various descriptive names given to it over time. During an expedition to find the source of the great river in 1858, a British explorer, John Speke, named the lake ‘Victoria’, seemingly in honour of Queen Victoria of the British Empire. However, the explorer’s personal journal revealed that the natives spoke of an ancient myth: a man, a survivor from a battle, knelt down and cried until the lake appeared and his last word before drowning in his own tears was ‘Victory’; and thus ‘Victoria’ was both politically and mythologically expedient.

This ancient myth was a figurative account of Nilos’ reaction to the Titanomachy, with his last word being the word he heard as Zeus and his allies departed the scene, ‘Nike’, the Greek word for ‘Victory’.
[See The Meaning of the Word 'Nike']

Well-pleased, Zeus saw that two rivers from the two lakes converged and formed a great river; and he called this river River Nike, so that the golden age of mortals could pay homage to the Goddess who had rescued them from the increasingly destructive Titans.

Thus it is the Great River Nike - but why is it called the ‘Nile’?

The golden age of mortals did not consider the river itself as a god [unlike most rivers] out of respect for goddess Nike, whom they held in the highest regard, so they called the great river ‘Iteru’. This name is taken to mean ‘Waterway’ in a direct translation, however the hieroglyphics of a Lily [i] Loaf [t], Mouth [r] Bird [u,] and three Waters [===], indicating the highest prominence, suggest this was a great river that sustained the life of mortal beings [plants, animal, human, et al].

It was in roughly 900 B.C. in the Gregorian calendar, following the events as told in Book VII, that Zeus freed Nilos from the depths of Tartaros, and bade him become the river’s divinity. Nilos accepted this command and became the foster-child of the sea gods, Okeanos and Tethys.

By 600 B.C., the term ‘Iteru’ fell into disuse as the local population had switched to worshiping Nilos as the river god, in the hope that this would appease the god and thus prevent the extremities of flooding and drought. Slowly, River Nike was renamed River Nilos and from this stems the name ‘Nile’.

'Child of the Heights'

From the great heights of Lake Nilos and Lake Dembia the great river descended. On the edge of the last cataract in the river, as it entered the sandy plains, the first permanent human settlement was created during the silver age of mortals. The settlement was named ‘Swenet’, today it is called Aswan. The first mortal children were born in ‘Swenet’, and because of this the ancients of Egypt suspected this name belonged to the goddess of Childbirth, Eileithyia, but they where mistaken.

Where then did ‘Swenet’ get its name? And its meaning? That is the second story told in Book VII.... 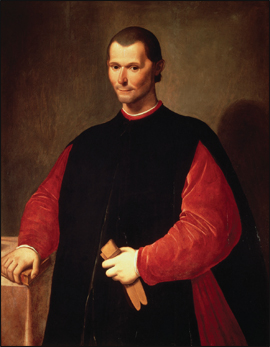